Viktorovac Elementary School set to have a climate-efficient kitchen, in addition to a healthy diet

As part of the EU project CLIKIS, which is being implemented in Sisak in elementary schools, the purpose is to improve energy efficiency in school kitchens and measure the energy consumption of appliances in the school kitchen Viktorovac Elementary School began last week. Before Viktorovac, activities were implemented in elementary school 22. Lipnja, and will continue in other elementary schools in Sisak. Energy measurements are carried out for two weeks, after which the results will be read, and informative and educational workshops will be held with the school staff.

The measurement is carried out by the EU project partner company RED FORK, which implements the CLIKIS project in Croatia, and the project is also implemented in Germany and Estonia. The German government supported the project through the EUKI Climate Initiative and Sustainability Fund.

This project is working to achieve the EU’s goal of reducing greenhouse gas emissions by at least 40% by 2030. As it is known, all kitchen appliances that work produce CO2, which is a greenhouse gas and affects climate change. If appliances consume too much energy, they also generate more greenhouse gases, affecting our climate. Excessive energy consumption is also a cost that needs to be reduced.

The project has been running since 2020 and runs until 2022, and in the first phase of the project, which was implemented last year, schools received assistance in preparing healthier meals. Weekly menus have been prepared that are appropriate to the needs of the students so that they provide all the necessary nutrients, are not abundant and are from healthy foods.

On this occasion, the weekly menus, preparation and distribution of food to students were reviewed because it is important to reduce food waste to a minimum with healthy meals.

Food waste produces methane gas, which is also a greenhouse gas. The EU’s goal is to reduce methane emissions and, by 2050, to establish the so-called Green economy, which means reducing waste to zero via recycling.

Sisak is the only city in Croatia that has joined this project, which means that students will eat healthier. School kitchens will become more energy-efficient, which will be multiple benefit and savings.

The project results will be presented at an international conference to be held in October this year in Sisak, and it will be an opportunity to compare the results from our schools with those from Estonia and Germany. 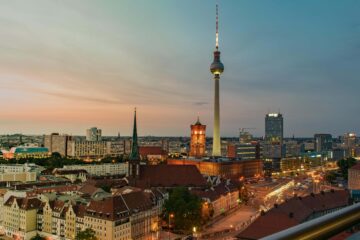 European CLIKIS-Network Conference u Berlinu
On April 8, 2022, the European conference on climate-friendly and sustainable school meals will be held in Berlin. 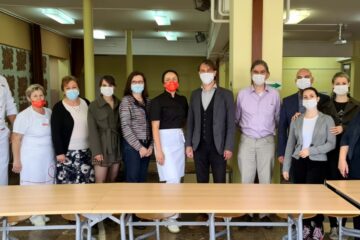 With the support of the Mayor of Sisak Kristina Ikić Baniček, the City of Sisak is the first city in Croatia to participate in the EU project CLIKIS, which aims to improve energy efficiency in Read more…